In Beaufortain, a group of adventurers play balancing act above the void. An adventure short film offering a magnificent narrative and breathtaking images.

Produced by Les Films de l'Europe and directed by Clément Nachbauer, the film “Equilibre” offers us breathtaking images around High Line enthusiasts who settle at the top of the Rocher du Vent to take advantage of their passion for the void. in a magnificent setting.

An interview with Clément Nachbauer, director of the film

Could you present the film “Equilibre” in a few words?

The film Équilibre recounts the adventure of a group of friends who have taken on the crazy challenge of connecting the two walls of the Rocher du Vent. Beyond the sporting aspect of the thing, the documentary explores the way of thinking of these young people, and we enter into resonance with their history.

Where to see the film in full?

The film will soon be available on Riding Zone TV, the new documentary platform from Puzzle Media (producer of Riding Zone in particular). It is a video on demand service specializing in extreme sport.

How did the shoot go? How many days were needed? When
has it been shot? Any anecdotes in particular?

Filming was no small feat, to say the least. It is, without a doubt, my most difficult filming experience, both physically and mentally. And I think I'm not the only one on the team to have experienced it that way (laughs).

It was a real challenge at all levels, some members of my technical team were not used to providing such physical effort, such as climbing steep mountain paths with twenty kilos of equipment on their backs, to descend a via ferrata in an emergency, under a downpour, or to face the void, 70 meters high ...

Alsatian by birth, I actually discovered for the first time the majesty of Beaufort landscapes, between lakes and mountains… It was love at first sight, so much so that today I am seriously considering m to settle in the region!

My team and I were on site in July 2020 for five days to give birth to a thirteen-minute film that is very faithful and representative of the adventure, with a few details. During our first day of filming, we experienced the best and the worst ... In turn fascinated by the sunrise at the top of the Rocher du Vent, then surprised by the speed and violence, with which a thunderstorm can form and occur in full
Mountain. I would also like to take this opportunity to once again warmly thank our hosts for welcoming us.

Another anecdote, perhaps a little more touching this time, is the day we followed Lucas and Steeve in their morning yoga session on the opposite side of where we used to go. 'go with the team. Quentin, my drone pilot and I climbed around 5 a.m., in order to be able to capture and shoot this magical and privileged moment during which our young athletes were recharging their batteries.
As we finished our climb, a chamois appeared, standing on the opposite peak sublimated by the very first rays of the sun. We were unable to capture this image, but this magical moment of life will undoubtedly remain etched in my memory forever.

Why did you choose Arêches-Beaufort and Cormet de Roselend for the shoot?

Lucas and I were in regular contact to decide on a place to document this adventure. First of all, it was a question of stretching a line at the Aiguilles d'Arves. Finally, a few days before the shoot, Lucas calls me from the Rocher du Vent telling me that he fell in love with the place and that there is the possibility of stretching two slacklines above the large characteristic crack. from this place. The organization was turned upside down, but I think he listened to himself and he did very well. I gave him my trust there, and once there, the magic of the place worked.

What defines and makes the richness of this territory according to you?

When I came to Beaufortain, I didn't really know what to expect except through the few photos Lucas had sent me when he went hiking in the area. So I let myself be guided by this corner of nature, in the heart of the Alps, which was until then unknown to me. Being a nature enthusiast, I would say that the main wealth of the Beaufort Country are these summits and lakes that follow one another as far as the eye can see, it is also the surprising diversity of the landscapes trodden by marmots, cows or ibex. But there is
also the human dimension, as evidenced by our contacts with the people of the region, authentic and pleasant, curious about the thread that we have stretched between their mountain. We were able to taste local products, Beaufort of course, honey and even crozets which are the fruits of unique know-how, passed down from generation to generation.

What are the plans for the future?

Once again, I will follow my instincts, let myself be guided, I have this voice which resonates in me and which reassures me on the path that I am treading. I am finding my way, little by little, and I don't want to rush things. Beyond the unique experience of filming, this kind of project animates me and brings me a lot of things and really makes me mature. 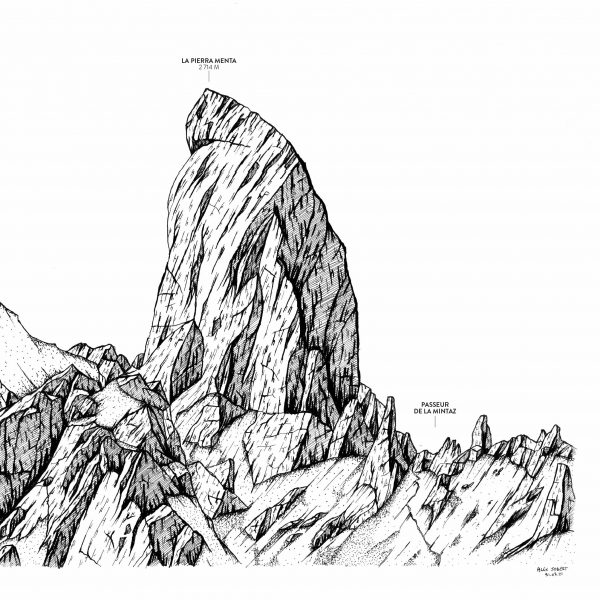 The summits of Beaufortain illustrated

A young graphic designer illustrates the main summits of the Alps and of course Beaufortain has not escaped him. It offers a painting by Pierra [...] 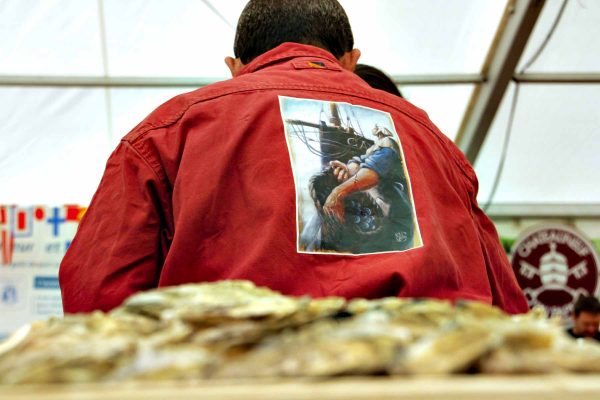 Beaufortain, a concentrate of mountain tastes and flavors, we had no doubts! But did you know that its emblem, Beaufort cheese [...] 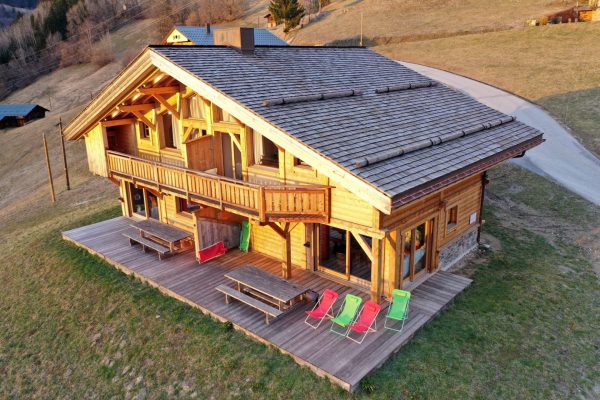 The co-working experience in the mountains!

The nomad chalet sets up a base camp in Arêches-Beaufort to work from home while enjoying the mountains. Chalet Nomad is a [...]