Exchanges, discussions, screenings, exhibition and presentations of books, a cultural event around the mountain seen by mountaineers, writers and directors to discover exceptional films, books and photos.

Screening of the film Encordés, 200 years in the eyes of Chamonix guides
Director: Pierre Cadot & Thomas Guerrin
A session presented by François Hivert, High Mountain Guide
The history of the company of Chamonix guides is inextricably linked with that of mountaineering and the valley that gave it birth. For 200 years, guides have been able to take up multiple challenges, making their organization a myth. Today they are the actors of a changing mountain: overcrowding, global warming, loss of freedom, the causes are multiple. This film is at a crossroads. Between tradition and modernity, it traces the history of the Compagnie des Guides de Chamonix by evoking the incredible challenges that it has taken up with dignity and those that it now faces.

Screening of the film The Snow Leopard
A session presented by Sandra Bérénice Michel, Photographer (Wild Atmosphere)
Director: Marie Amiguet, Vincent Munier
In the heart of the Tibetan highlands, the photographer Vincent Munier leads the writer Sylvain Tesson in his quest for the snow leopard. He introduces him to the delicate art of hiding, reading tracks and the patience necessary to catch a glimpse of the animals. While traveling the summits inhabited by invisible presences, the two men weave a dialogue about our place among living beings and celebrate the beauty of the world.

Screening of the film The Summit of the Gods
Director: Patrick Imbert
A screening presented by Arnaud Miquel, Head of professional meetings at the Annecy International Animation Film Festival
It is the adaptation of the manga The Summit of the Gods by Jirō Taniguchi, based on the novel by Baku Yumemakura. Kathmandu, the Japanese reporter Fukamachi, believes he recognizes Habu Jôji, this mountaineer who was thought to have disappeared for years. He seems to hold in his hands a camera that could change the history of mountaineering. What if George Mallory and Andrew Irvine were the first men to reach the summit of Everest, June 8, 1924

Inauguration of the VISAGES OF EXPLORATION exhibition
The exhibition will be visible for a month in the streets of Arêches.
In partnership with Festival le Grand Bivouac and Éditions Paulsen and the support of Crédit Mutuel Savoie Mont Blanc. They were the first to reach a pole, to climb a mountain, to cross an unexplored region. In their features are written effort, perseverance, sometimes doubt, in their eyes is read determination, a feeling of freedom and a thirst for the unknown. Here are 30 portraits of women and men who, since the end of the XNUMXth century, have braved dangers to discover the last unexplored places: the summits and the poles. Through the stories of explorers and mountaineers, the Paulsen and Guérin editions give a voice to those who rub shoulders with the world and share the same values: tenacity, courage and curiosity for others.

In the footsteps of Roger Frison-Roche: the mountain in literature

Fascinating, dangerous, the mountain constitutes an ideal romantic setting. A place of all extremes, it is a land of conquest and surpassing oneself which, from La Neige en mourning to La Mort suspendue, has made generations of readers shudder. Archetype of the genre, Roger Frison-Roche's Premier de Cordée, demonstrates a balance rarely equaled between romantic breath and knowledge of the environment. Long confined to accounts of exploits or tragedies, the literature of the summits is now experiencing a revival. If it retains its part of darkness and mystery, the mountain is the living reflection of the relationship that man maintains with nature. From simple decor, she has become a full-fledged heroine, as evidenced by the writings of our guests.

Bernard Minier: Undisputed master of the thriller, Bernard Minier is a child of the Pyrenees. His novels favor oppressive atmospheres and the psychological violence of the characters, while giving the greatest importance to natural and urban settings. In nine years, Bernard Minier has sold 4 million copies of his novels in France and is today the most read detective author in France. Adapted as a series, his first novel, Glacé, features Commander Servaz, a policeman from Toulouse confronted with a series of crimes as appalling as they are incomprehensible in the heart of winter in the Pyrenees. In his ninth and last novel, La Chasse, Servaz takes his reader along the paths of fear, between manipulation and settling of scores.

“I grew up in Montréjeau, Haute-Garonne, 2 inhabitants. A small town located in the country of Comminges, at the foot of the Pyrenees. And I had these mountains in front of my eyes throughout my childhood. This vast, unusual view confronts you very early on with your finiteness. When it accompanies you like this, it becomes so familiar that it ends up installing a mental geography in you. »Bernard Minier

Cédric Sapin Dufour: Journalist, author and above all a mountaineer, Cédric Sapin-Dufour was born somewhere in 1975. From experiences to convictions, he ended up setting up his base camp in Arêches, in Beaufortain, where he now cultivates he art of writing on a daily basis, with a predilection for Men as they appear as close as possible to the mountains. A regular contributor to the daily newspaper Liberation, he signs every month the “ça pic” and “Take de tête” sections of the Montagnes Magazine, in which he exercises his gaze and his talent with a lot of wit.

Fabrice Lardreau: Writer, journalist at “La Montagne & Alpinisme”, Fabrice Lardreau directs the “Versant intime” collection of Editions Arthaud. Collecting the confidences of illustrious personalities, the interviews appearing in this collection make us share and feel their passionate relationship with nature, and thus explain to us how it acts directly on their daily work, on their inspiration and their creative process. Michel Butor, Marie-Hélène Lafon, Jean-Christophe Rufin and Bernard Minier have among other feathers played the game of these astonishing literary walks. 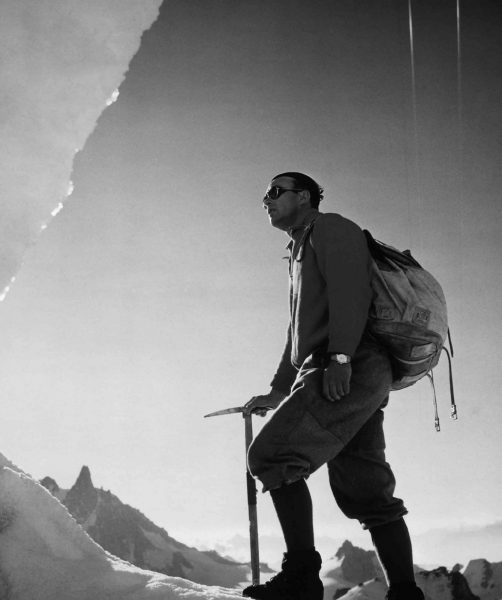 The Faces of Exploration exhibition 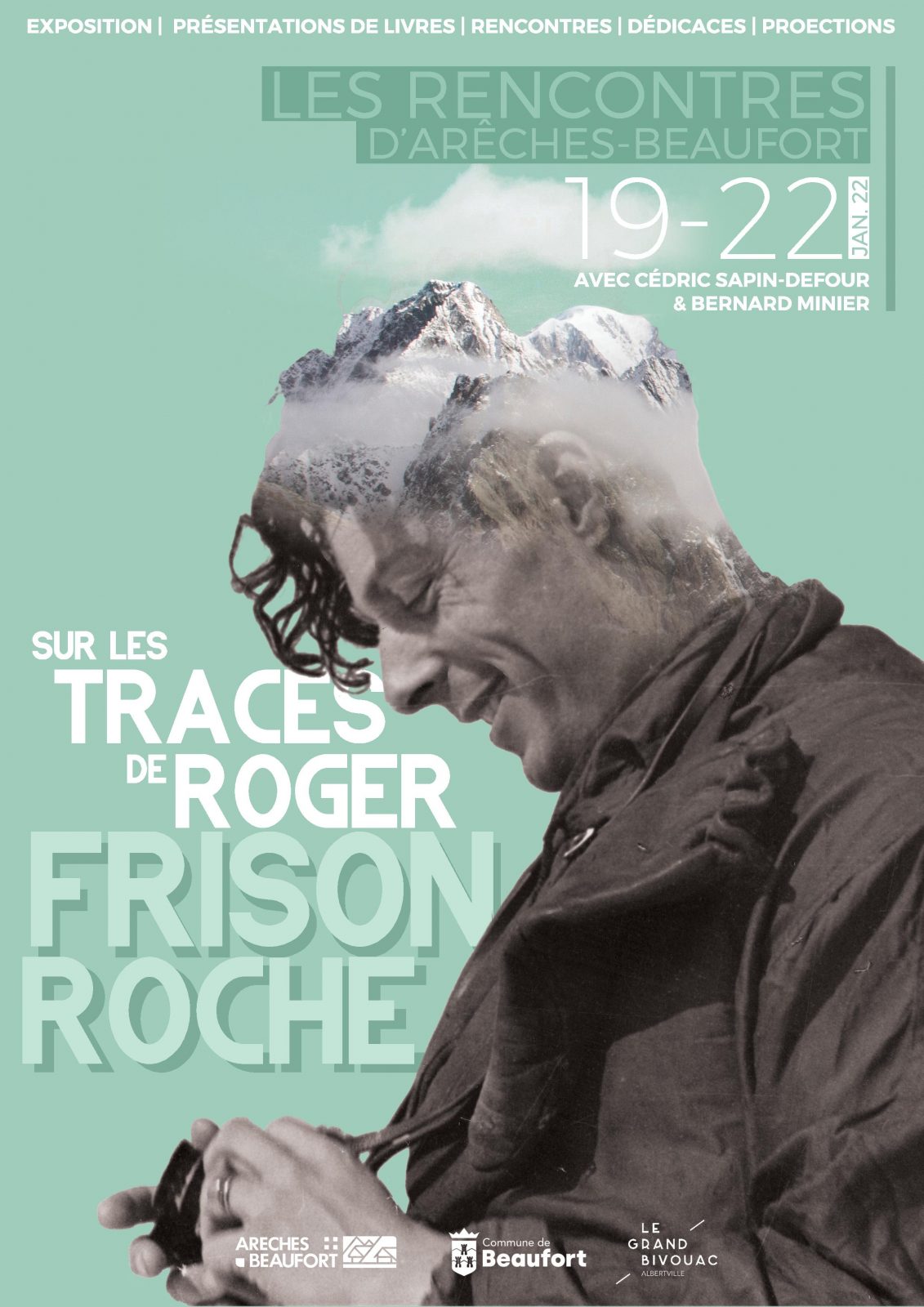 Contact In the footsteps of Roger Frison-Roche, the Arêches-Beaufort meetings