Due to its proximity to Mont-Blanc, Arêches-Beaufort benefits from exceptional snow cover for its altitude. Most of the slopes in the ski area are oriented towards the north side, this makes it easy to conserve snow and at the same time limits the production of artificial snow. Its location at the bottom of the valley protects it from the winds and stops the course of the clouds which deposit their flakes from the villages to the top of the Grand-Mont.

In some years when snow is scarce in the other valleys, Arêches-Beaufort therefore benefits from its microclimate! A bailiff even came to see the amounts of snow in 1989 and 1993.

This makes it a benchmark destination for modern freeriders looking for powder. On fresh snowy days, we jostle at the opening of the lifts to make the first tracks!

Skiing in all its forms

100 hectares, 1300 meters of vertical drop, 50 kilometers of tracks spread over 29 tracks, in a setting of unspoiled nature.

Le Arêches-Beaufort ski area has 2 connected sectors: Grand-Mont and Planay, which offer very different slope profiles to meet the needs and desires of all types of skiers.

For Nordic Ski, the Marcôt sector offers 24km of slopes for all levels.

But Arêches-Beaufort is not limited to its ski area. Apart from it, you go to the assault of the summits in freeride ski or via Nordic skiing to immerse yourself in this mountain with unique charm. Reference in its field, the massif offers varied profiles with slopes accessible to novices and aerial ridges for the more experienced.

From beginners to advanced, through the contemplative, the sportsman, the ski mountaineering enthusiast or the skicross enthusiast, there is something for all tastes, and all ages.

Arêches-Beaufort has brought together high-level athletes, as talented as they are accessible, in a team. They are the resort's ambassadors on international races on which they have built impressive records.

His record is impressive! As a young mother, Axelle turns everything she touches into gold. She discovered this discipline with her parents in the Aravis massif. Today, it is in Beaufortain that she has decided to settle with her companion Xavier Gachet. Together, they navigate the ski mountaineering routes and know the Arêches-Beaufort area inside out. An advantage that allowed him to win the Pierra Menta twice (2016 and 2018). In 2021, she had an exceptional season by winning all the races in which she participated (except one, with 3rd place at the Pierra Menta 2021) and by “logically” winning the Crystal Globe, the general classification of the World Cup. .

Medalist at the World Championships

Originally from Beaufortain, Xavier fell into ski mountaineering from his earliest childhood. Indeed, he was only a few months old when his father won the 7 meters of the 000rd edition of the Pierra-Menta. He is a ski mountaineering fanatic who never misses a Pierra Menta. Xavier catches the “virus” and has only one ambition: to ski in his father's footsteps! Since then, he has achieved numerous podiums in the World Cup and on the Pierra Menta!

Discreet and passionate, this native of the country is nonetheless a formidable competitor. He is twice world champions in the circuit's most feared events and won the Pierra Menta in 2013. He arrived in ski mountaineering late after a successful career in alpine skiing. At 38, he continues to aim for the podiums, as his recent victory in the Adamello Ski Raid in April 2021 shows. “Ski mountaineering has always given me pleasure. When you are in the heights, alone and you access landscapes of such beauty, you feel small, but also much stronger. Arêches-Beaufort, in this, offers me real happiness ”. In summer, he welcomes you with his partner to the Refuge du Plan de la Lai, on the Tour du Beaufortain route.

Arthur Blanc is the grandson of Guy Blanc, the creator of the legendary ski mountaineering race, the Pierra Menta and the great-grandson of the pioneer of the Gaspard Blanc resort who installed the first ski lift in 1947. He made part of the France Espoir team, with some striking results over the 2019-2020 season, Vice-champion of France Espoir in the individual (7th scratch) and vertical (6th scratch) event and a 16th place in the World Cup on the Individual event (3rd Hope). Arthur also practices Road Cycling and Vertical Kilometer in competition and also enjoys Steep Slope Skiing, Freeride and Mountain Biking (XC / Enduro). In 2021 he successfully embarked on cycling and achieved a first-rate performance by finishing 2nd in the prologue of the Tour de Savoie Mont-Blanc.

The extra-terrestrial! Yoann Sert is a true alien in endurance sports, which he practices at a high level. Seasoned mountain dweller, he does everything and is equally at ease by bike, mountain bike, trail or ski mountaineering. On average, it absorbs between 250 and 350 meters of D + per year, all sports combined ... In 000, it notably won first place in the EDF Pierra Menta in summer and in Frisian Roche!

Guillaume Desmus is a 21-year-old French biathlete who already has a great track record to his credit: bronze medal at the Junior Worlds, French Pursuit champion and French Vice-Champion of the mass-start. He also won bronze in the relay at the 2020 Junior Worlds in Lenzerheide with his teammates Briffaz, Mahon and Bourgeois Republique. Integrated into the France B team, he will have the opportunity to discover the IBU Cup circuit as a hope of the discipline. 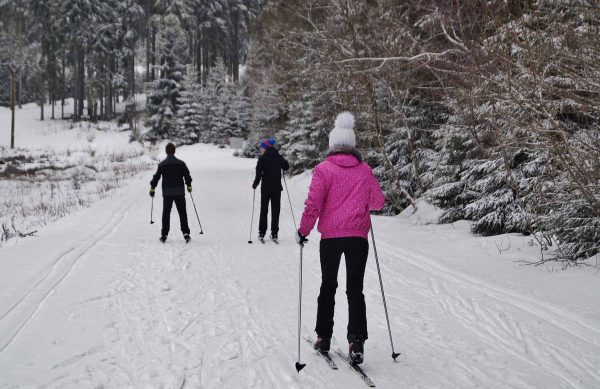 The Nordic area of ​​Marcôt is located in the heart of the Beaufort valley. Its loops allow all cross-country skiing enthusiasts to practice […]

Ski touring is an essential activity in Arêches-Beaufort. From learning your first conversion to competitions […] 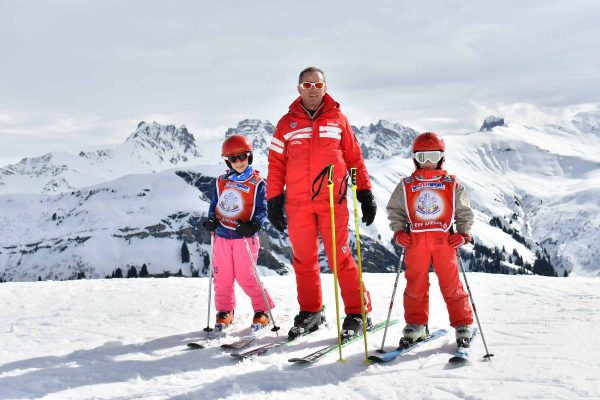 Come and discover the board sports: ski lessons, snowboard, ski touring… The instructors of Arêches-Beaufort will accompany you […]